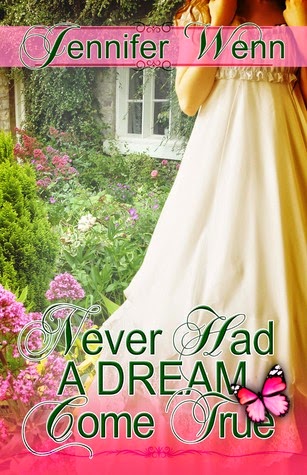 Lady Penelope de Vere has been in love with Rake for as long as she can remember, daydreaming over him constantly. But as her debut in the ton comes closer, she decides to finally let go of her silly childhood dream and accept someone else's wish to court her, someone who appreciates a quiet, book-filled life as she does. She wants marriage and, despite all the hints she throws his way, Rake only wants a mistress...she thinks.

Lord Richard Darling has known Penny since she was a child and not once thought of her as anything but his niece's best friend and a very convenient scone-fetcher. That is, not until he happens upon her swimming in the lake at Chester Park dressed only in her thin chemise. A most eligible bachelor with a libertine reputation, he suddenly finds the girl he's always appreciated has turned into a woman he could love forever. So why won't she accept his proposal?

I just couldn't put this book down. Instead I put my work down.

Though I had a lot to do this weekend, I claimed some time to read. I really needed to know what would happen in this story(even though I knew from the beginning on how it would all end).

In "Never had a dream come true" Jennifer Wenn succeeds in delivering a beautiful story about two people who are desperately in love with each other without realising it. Richard and Penelope (Rake and Jenny) have known each other since Penny was born and had a familylike bond since. Penny's best friend, Francesca, is indeed Richards niece. As a child and teenager Penny couldn't keep her eyes of Rake and she always hoped he would notice her one day and confess her his love. When Penny turns eighteen this hope doens't seem so vain anymore, but as Rake is a proud libertine she's desperate he won't ever want to marry her. What follows are lots of misunderstandings, witty conversations, love, pain, sorrow, laughs, tears,... Just everything we need in a good romantic drama which turns out to be some kind of romantic comedy.

What I appreciated a lot while reading this story, is the fact Jennifer Wenn jumps from interesting event to interesting event. All the unnecessary parts are left out and captured in a few sentences. For example: we see Penny while she orders her dress for a party. Instead of telling us about the months between the fitting and the actual party, we just go straight on to this party. All the uninteresting months can be captured in a sentence like "months have passed". I love this! Some readers like long descriptions and like it that the "big moment" is put off as long as possible (suspense!), but I simply don't. I hate long descpriptions (only when I read Austen I can appreciate them) and I want a story to move on. This way you keep the reader and romantic soul in me interested.

Maybe all the misunderstandings and the difficult main characters (sometimes even I did roll my eyes) would bother some other readers, but they didn't bother me so I just did what I thought I should do: give the book five stars out of five! In my opinion this book didn't deserve less. It got me hooked from the first chapter on (can't say "the first page" because that wasn't true) and I hope other readers will love it as much as I did.